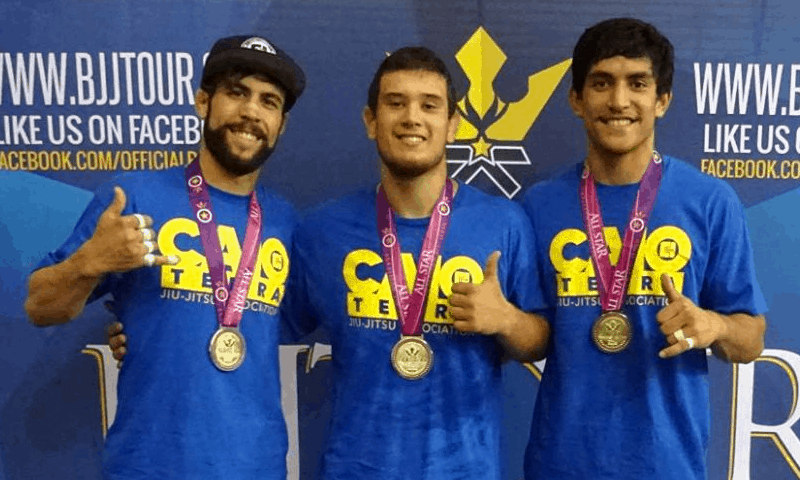 Caio Terra Association (CTA) had many competitors representing at this tournament. From white belt to brown belt, kids to adults we had it covered. The CTA kids went out and did what they do best., had fun and represented CTA! In the kids gi division, Daniel took first place while Zoe and Joao both took second place in their age and weight classes.

Saturday the adults stepped on to the mat and showed what CTA has to offer. First adult to represent CTA and Maoli Fighter was brown belt Aaron Zaballos. Aaron fought in the medium heavy weight division and after two tough matches he walked away with the gold medal. In the purple belt division, Kaniela Kahuanui, Ryan Walsh and Benji Silva each took first place in their weight classes. Andrew Kerfoot had a very strong showing, but came up short. Joseph Duong also had a strong showing taking third place in the gi middleweight division. AJ who trained hard and made weight had the biggest let down of the day as his opponent did not show up.

We had many white belts step up and for some compete for the first time. Each went out and did a great job. Brian Vierra from Maoli Fighter won his division. Unfortunately we can’t all walk away with a medal, but we can all learn and grow from our losses. It was great to see the students who lost either by points or submission back in the school on Monday going over their mistakes and working to fix them. All in all, Caio Terra Association took 2nd place in the gi division!

Sunday brought forward the no-gi competitors. In the purple belt division, Benji Silva once again took first place in the middleweight class, with Joseph Duong taking third. After not having his opponent show up for his gi division, Sebastian Wong went out in the white belt no-gi division and fought a hard fight taking second place. Benji and Joseph both entered the purple belt open weight division and each won their matches closing out the division and securing the 1st Place Team Trophy for Caio Terrra Association.