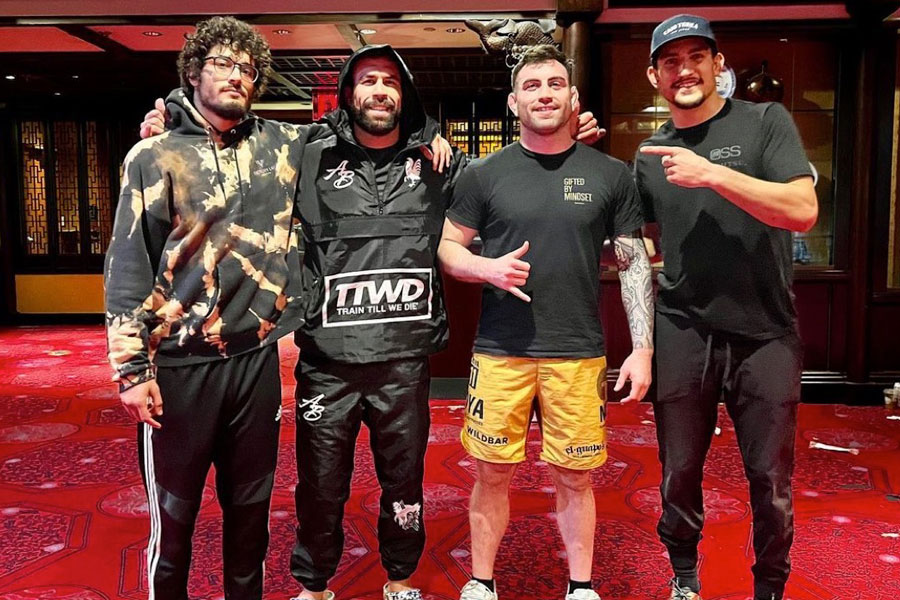 This past weekend Caio Terra Academy competitors Benji Silva, Mason Fowler and Kaniela Kahuanui traveled to Atlantic City for the 2021 ADCC East Coast Trials. This was the largest trials in history with some divisions having over 200 competitors! Benji, who competed in the 88kg division, scrapped through the first day with 3 impressive wins. […] 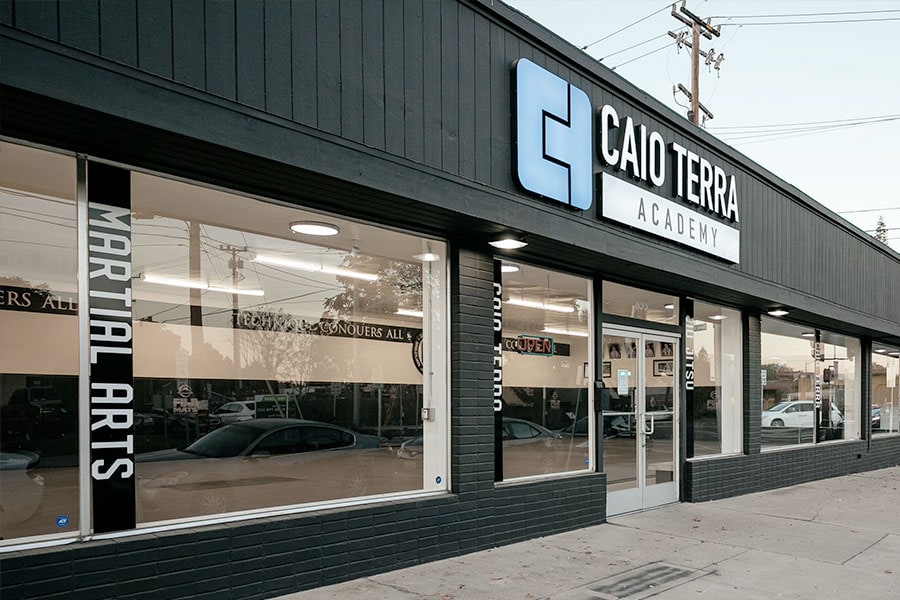 After 6+ months of being closed it brings me great pleasure to announce the Caio Terra Academy is now re-opened!  As we prepare for the new normal it’s imperative that health and safety come first! All students will be temp checked at the door and are required to wear mask to enter the building. For […]

This past weekend, head youth instructor Mason Fowler competed in Submission underground 17, in Portland, Oregon. This was a rematch of their last match in July where Mason was awarded the victory via verbal tap. After the match controversy ensued as Craig felt that grunted should not be considered a verbal tap. By in large, […]

This past weekend I returned to competition at FTW 141. This was my first competition in over a year and the first time I competed in FTW in over 3 years. Needless to say I was excited for the event! During the week I had some issues that came up that almost prevented me from […] 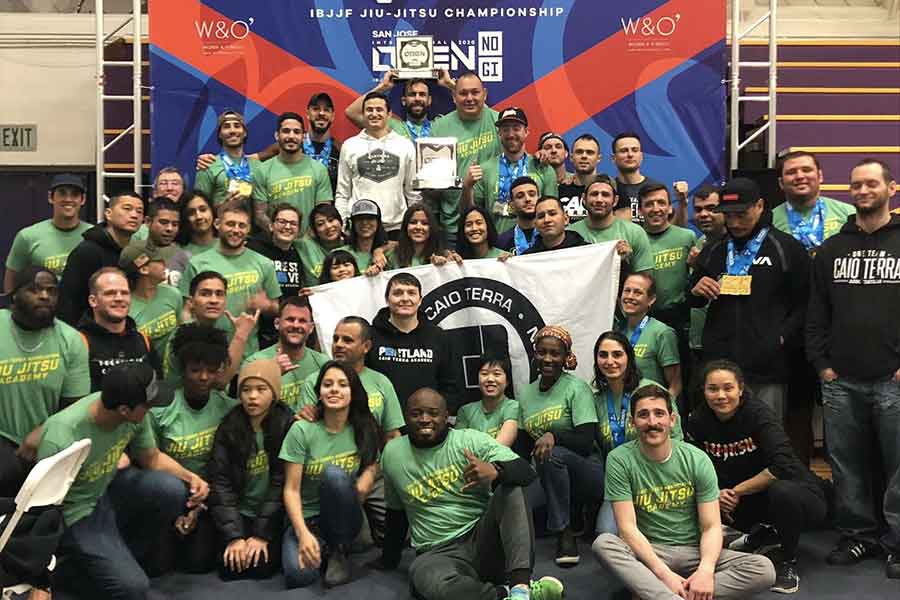 This past week was the 2020 IBJJF San Jose Open Gi and No gi tournaments. After two long days we were crowned the San Jose open Gi and NoGi champions!! More special to me than these titles was seeing the team cheering and supporting each other. Words can’t describe how proud I am of […] 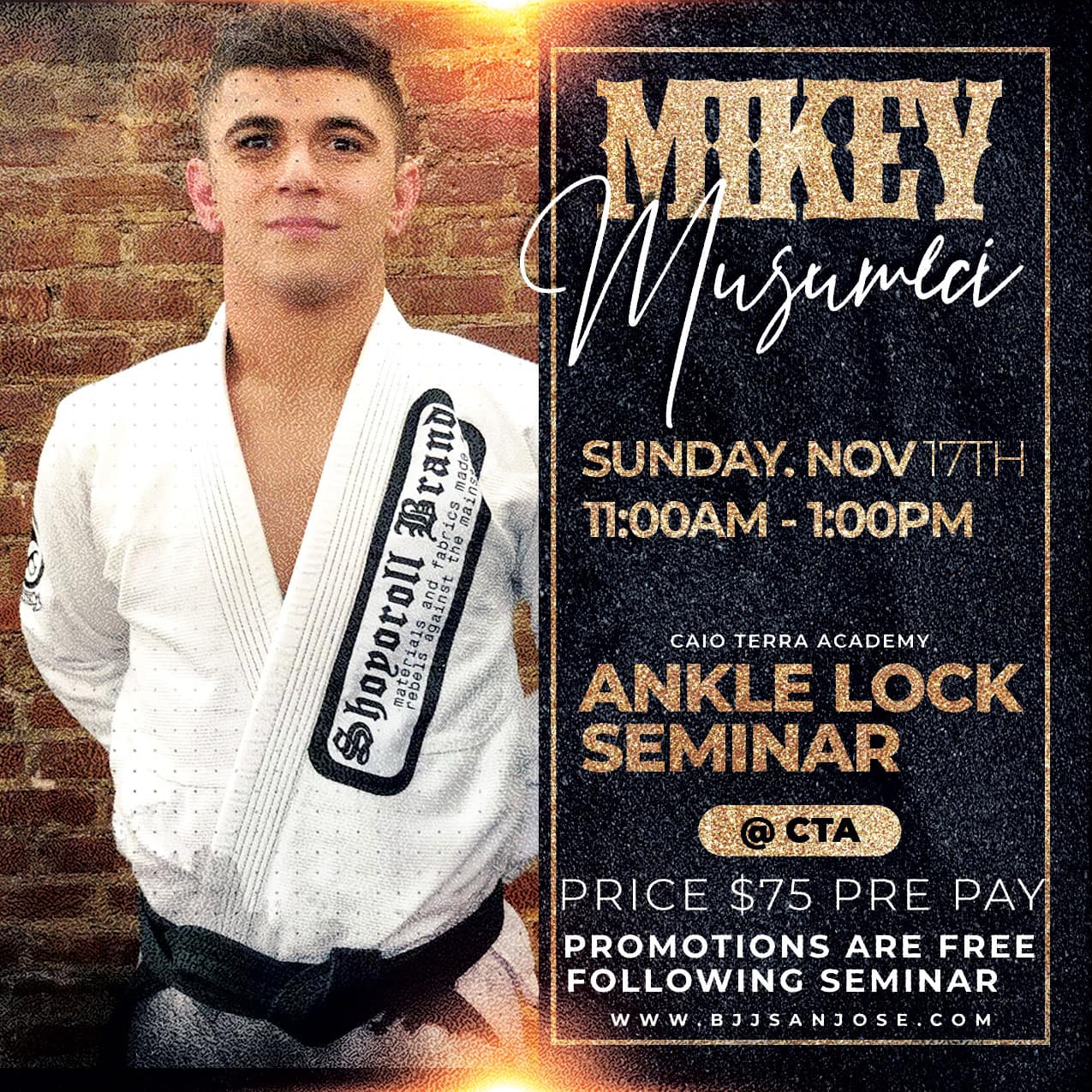 Sunday, November 17th at 11:00am, multiple time world champion Mikey Musumeci will be doing a 2 hour seminar at the Caio Terra Academy! Like always, every one is welcome!

CTA SANJOSE FREE 3 Day Trial (408) 396-3223
At the Caio Terra Academy located in San Jose, California, we believe in the one team philosophy! Regardless if you are a world champion or taking your first class, our instructors are there to help you along the way. Everyone is always welcome. Come in today and see all we have to offer! *FREE TRIAL available to bay area residents only