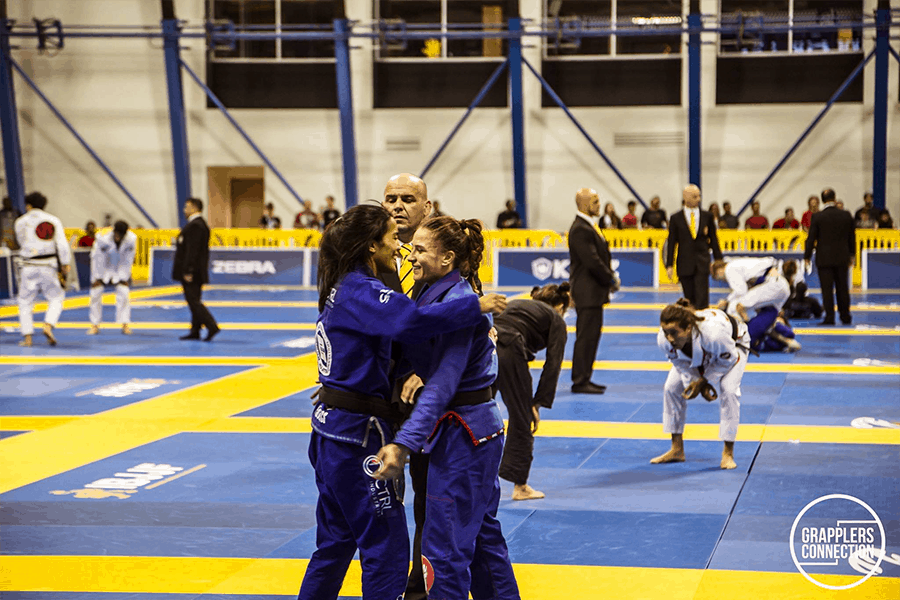 We are happy to announce that starting June 6th, Pan American and European open champion Kristina Barlaan will be our new youth program director. Professor Kim Terra will be teaching at CTA’s newest affiliate, Combat sports academy in Dublin and will be visiting as often as he can. Kristina has a wealth of knowledge and has been teaching children for over 4 years, we are excited to have her on board!

Kristina’s introduction to martial arts was made through muay Thai at the age of 20. The Thai boxing classes happened to be inside a Jiu-Jitsu school – Cesar Gracie‘s Gracie Fighter Academy.

After a year of training solely muay Thai, one of Barlaan’s teammates encouraged her to try a jiu jitsu class with Caio Terra, who had recently joined the Gracie Fighter academy as the grappling head coach. Under Caio’s tutelage Kristina quickly understood the potential of jiu jitsu, particularly when going up against larger opponents, then becoming a dedicated grappling student.

After being promoted to blue belt by Terra and Cesar Gracie, Kristina moved to Arizona. There she continued her jiu jitsu training with the famous Gustavo Dantas – also known as the “BJJ Mental Coach”. Barlaan competed extensively for Dantas under the Nova Uniao banner, earning her purple and brown belt from the hands of the revered coach.

8 Months after her brown belt promotion Kristina returned to California and resumed her training under Caio Terra’s guidance, who would award Barlaan her black belt on June 2015.